Incredibly, we now have a potential genetic explanation as to why dogs are so sociable towards us humans when compared with other domesticated species. 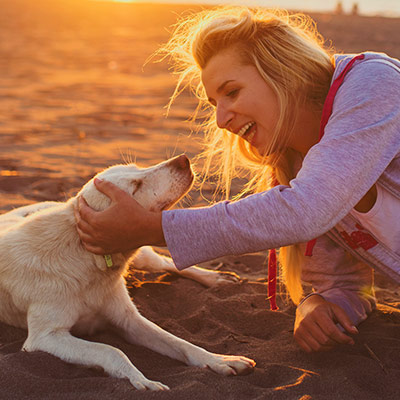 Scientists at Princeton University have very recently published a peer-reviewed study in the Science Advances publication, showing that domesticated dogs have specific genetic insertions (called transposons) in both copies (one from each parent) of chromosome 6 in the Williams-Beuren Syndrome Critical Region, with some of these insertions only found in dogs and not wolves. As a result researchers were able to confirm that dogs displayed more “human-directed behaviour” and spent more time in proximity with humans than the wolves.

In human beings, this same region is thought to be strongly linked to social behaviours towards other people. Sufferers of Williams-Beuren syndrome, a genetic involving deletions of genes in the counterpart of this region, are known to be strongly sociable and talkative despite having other developmental and learning difficulties.

What the evidence from this study seems to suggest is that there is genetic basis for dogs being friendly, loving and sociable toward humans. Isn’t that incredible? 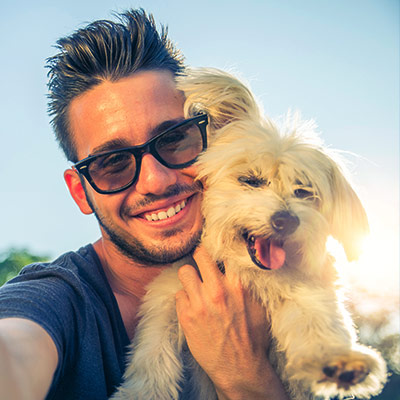 It has always been assumed that the transition from wolf to domesticated dog came about because we selected these ‘early dogs’ for their specific cognitive traits (such as being able to respond to both voice and gesture commands) but this evidence suggests that the opposite could be true – the sociable dogs chose us! Because of their tendency to seek human companionship and physical contact from us (presumably for their mental well being), these were the ones who we ended up selecting for breeding. If these dogs were kept apart from their wilder wolf brethren and only mated with similarly friendly dogs in the human camp, then this trait would have been exaggerated over time. This progression over the past 15,0000 years could be fundamentally what makes dogs our best friend!

I can hear a collective sigh of ‘told you so’ from so many dog owners who just knew our furry doggy friends had a trick up their sleeve! Now go and give your dog a big hug and a thank you right now, they deserve it.

What our readers say